Passport magazine caught up with Wilson Cruz and other celebs on the red carpet at the GLSEN Respect Awards to discuss diversity, inclusivity, and education.

Earlier this week at the storied Gotham Hall in New York City, GLSEN (Gay, Lesbian & Straight Education Network) held its annual Respect Awards to honor the teachers, students, and media figures who are making the world a better place for LGBTQ youth.

The event was packed with emotion since 2021 and 2022 have seen an unprecedented level of attacks against the LGBTQ community, especially for LGBTQ youth and those who are in school. But the message of the night was clear: Equality is winning. Otherwise, Republican lawmakers wouldn’t feel so threatened and wouldn’t feel the need to attack the community so heavily.

PASSPORT magazine worked the event’s red carpet and talked with the honorees about equality, the importance of the GLSEN, and where the community can go from here. 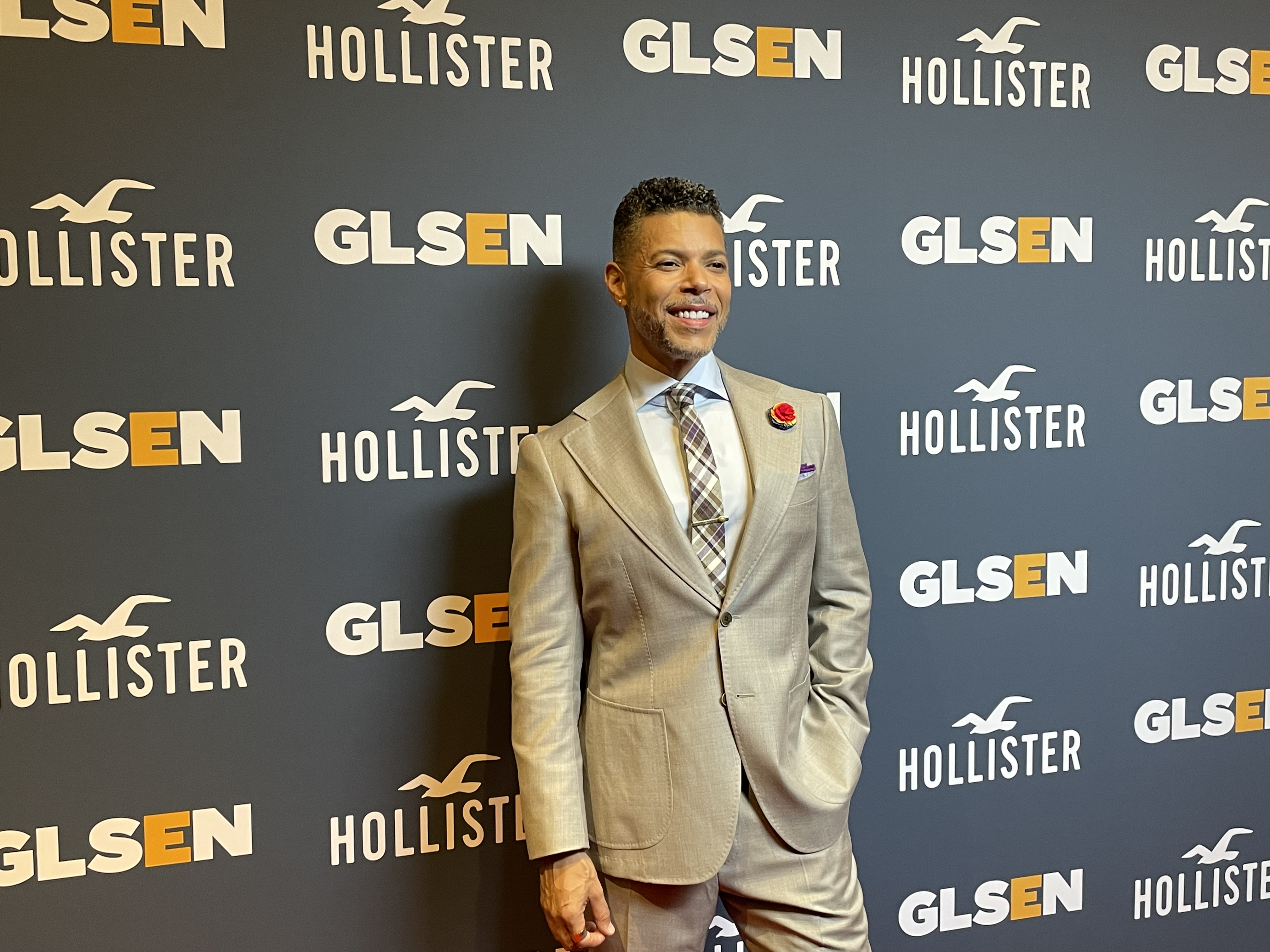 Wilson Cruz, star of Paramount+’s Star Trek: Discovery and board member of GLSEN, hosted the evening, bringing a message of hope and inspiration for teachers and students everywhere.

With all of the anti-LGBTQ laws we’re seeing around the country, especially in the educational space, visibility is incredibly important. What do you think the community as a whole can do to stand up for equality, and what do you think celebrities like yourself can do?

I think the most important thing is that we need to continue to tell our stories. People need to know what it feels like to be silenced and to be shamed. And that’s one of the reasons why I’m so proud of these students we’re honoring tonight, because they’re brave for having the courage to share their experiences at such a young age. Their stories help show how these laws are actually impacting kids in the real world.

Your show, Star Trek: Discovery, is a great example of how Hollywood has become more diverse. Do you think the trend of increasing diversity will continue in the right direction, or do you think Hollywood has started slipping backwards just like politics has?

Oh, I don’t think it’s going backward. The genie is out of the bottle. Having diversity in entertainment wasn’t reinventing the world, it was simply showing the world for what it is. Now that we’ve seen a media landscape that looks more like the real world, I don’t think there’s any going back now.  It’s like when you watch old movies these days, where the entire cast is white…it looks weird! It’s so glaringly obvious and feels so wrong that I don’t think we could ever go back to that point.

Nina West is famous for winning Miss Congeniality on the 11th season of RuPaul’s Drag Race and has since gone on to be an outspoken advocate for social justice and civil rights. She’s even launched her own nonprofit, The Nina West Foundation, which seeks to help the LGBTQ community in central Ohio. 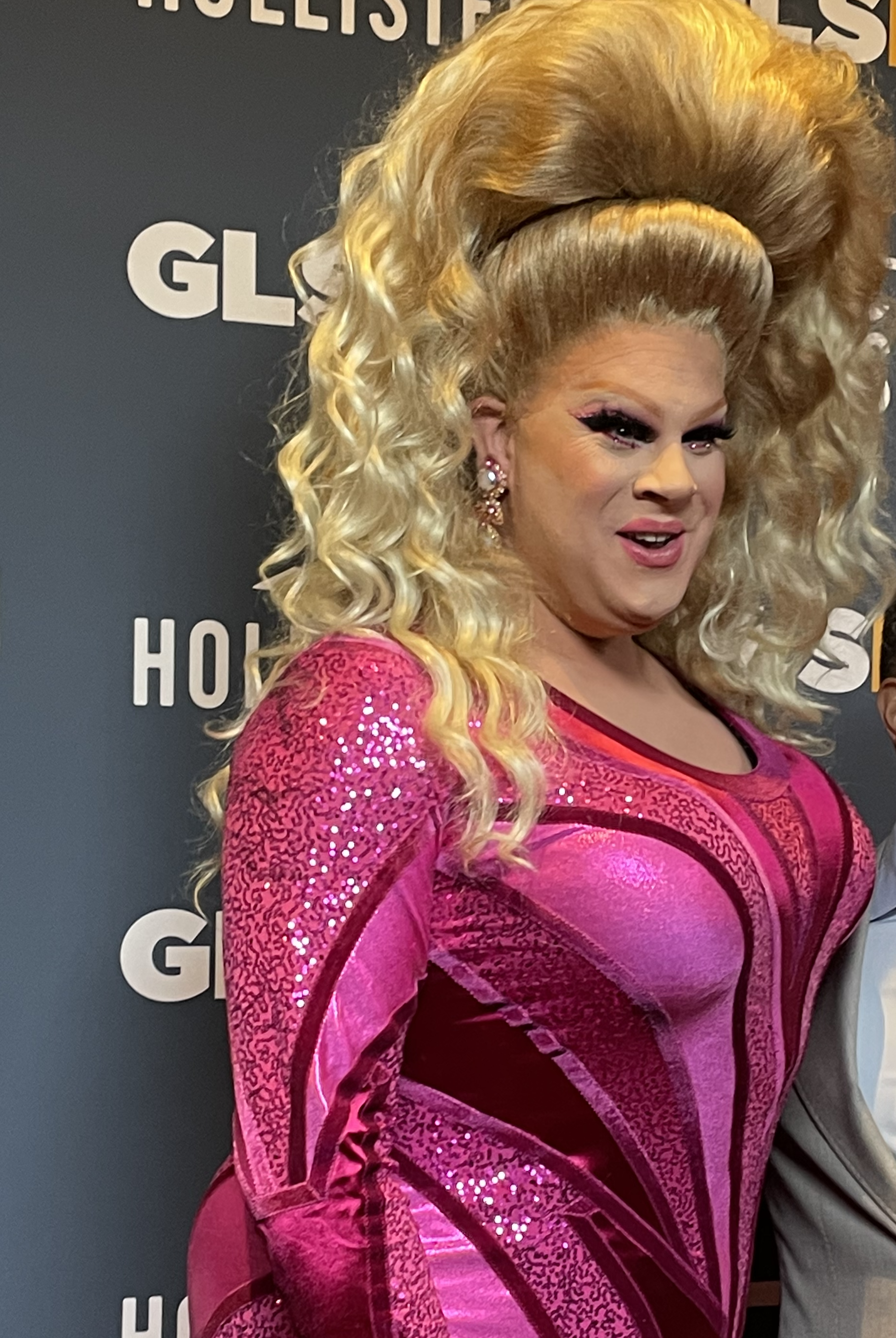 Nina! For starters, I have to ask: You’re an Ohio queen, arent you?

Oh, a fellow Buckeye! So you know the deal (laughs).

That’s actually what I want to ask you about. Obviously, you and I grew up with a much different experience of being LGBTQ than kids who got to grow up in major cities and liberal areas. What do you think we can do to help kids who live in underrepresented areas?

Well, sadly, I think we have kids struggling all over, and they need access to safe spaces that they might not be able to find at home. The common storyline for people like you and me is that we grew up not being able to see ourselves anywhere.

Exactly! My school didn’t even have a GSA.

Right?!? I literally didn’t even find out what a GSA was until I went to college! So I think we need more programming put on by organizations like GLSEN because it’s important for these kids to see themselves and find support. I was fortunate that I had a teacher in high school who was very supportive. They even drove me to my first audition. I was a theater kid, and my parents didn’t want me doing theater because I think they were afraid of…the inevitable (laughs)! It just really goes to show the importance of having an ally and having someone there for you. I think the world needs more allies! 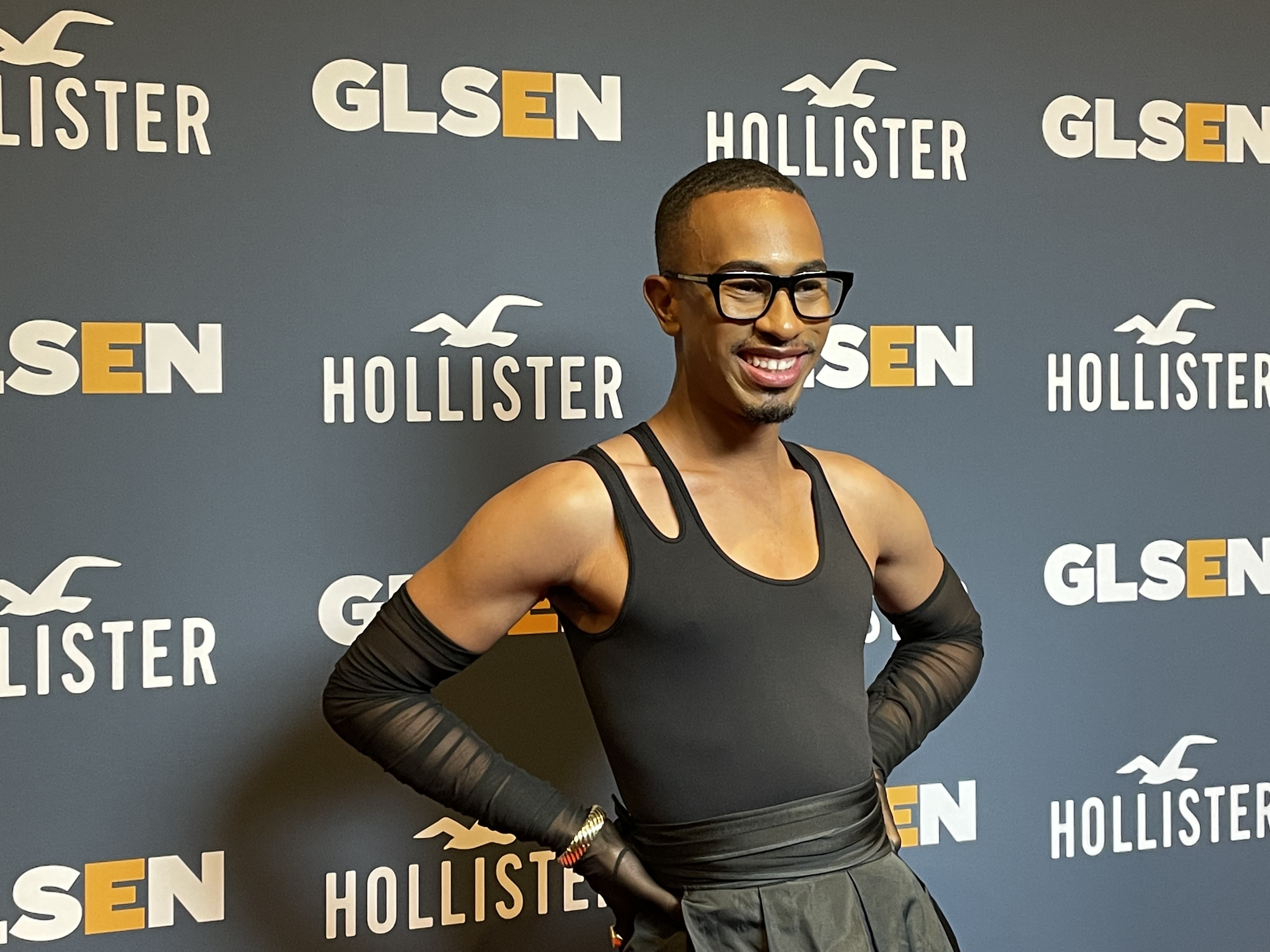 Kalen Allen is an actor, a former correspondent on Ellen, and a social media superstar, holding an impressive 1.4 million followers on Instagram alone. He served as one of the presenters for the evening’s ceremony.

Working with GLSEN, where do you think the LGBTQ community can go from here, especially with regard to the education spectrum?

Growing up as a queer black student, I think it’s so important for kids to be able to go to school and not have to worry about anything except learning. They shouldn’t have to worry about whether they’re accepted or whether they’re going to be bullied. Learning should be their only concern at that age. That’s how we grow up to be well-rounded adults. Lots of people get to grow up not having to worry about these things, and it’s important that we create a world that gives LGBTQ kids and people of color that same privilege.

With your massive social media following, do you feel you hold a responsibility to spread the word and create change?

First of all, my very existence is a protest. Me, coming here dressed like this (Allen was wearing a stunning piece that was part pants and part dress) is a protest. But more importantly, it’s crucial for all public figures to use their platform to spread the word. Not everyone sees people like me on their Insta feeds, so it’s important to keep spreading the word and getting more visibility out there. 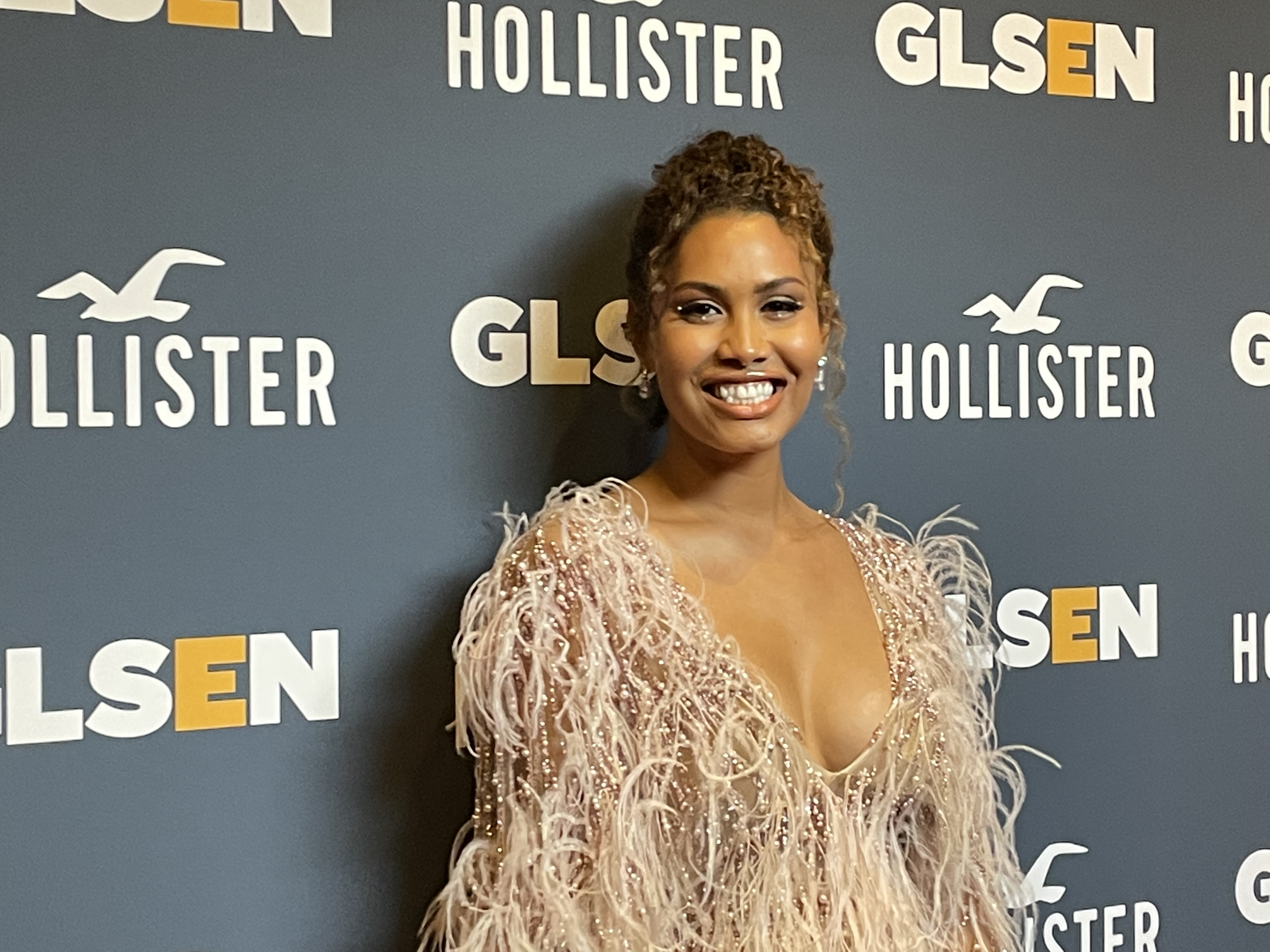 Leyna Bloom is a transgender model and actress best known for starring in FX’s Pose and for becoming the first trans person to appear on the cover of Sports Illustrated‘s famous Swimsuit Edition. She was honored at the ceremony with the Gamechanger Award for her contributions to the modeling and entertainment industry and for paving the way for trans models and actors everywhere.

You’ve helped usher in a new era for Hollywood, proving that talent and beauty are universal. What changes have you noticed in the entertainment industry and where do you hope things go from here?

I think what’s happening right now in the world, not just in Hollywood, is that people from all walks of life are finally being celebrated the way they deserve to be. And I think we need more of that. For so many years, tons of people in our society have been held back because they had a lack of access to visibility and to a platform. So, I’m thrilled that I can be a part of creating change.

Do you think the wave of anti-LGBTQ laws we’re seeing are going to push things backward?

I think the fact that we’re experiencing these challenges will actually create greatness, because those challenges push us to be better. And I’m happy to be part of the fight for a better world. I’m not afraid to show up, engage in difficult conversations, and change minds. In order to keep moving forward and prevent ourselves from slipping backward, we all need to be ready to fight for what’s right.

To learn more about GLSEN and to get involved, visit their website.

You May Also Enjoy

Anthony Rapp Is Poised To Become An Icon

Anthony Rapp Is Poised To Become An Icon

Wilson Cruz and Other Celebrities Speak Out for LGBTQ Students at the GLSEN Respect Awards was last modified: May 18th, 2022 by Keith langston