Increasing biodiversity, boosting carbon capture, preventing soil erosion, reducing flood risk… these are just some of the many benefits of planting trees, and The Woodland Trust’s MOREwoods scheme can help.

Planting trees has an extraordinary effect on the world around us. Not only are they magnificent natural structures in our landscape, they soak up carbon dioxide. A single broadleaf tree will ingest over a tonne in its 100-year lifespan, and provide a habitat for a huge range of flora and fauna; just one oak tree provides a home for around 250 species of insects — before you even start counting birds and other creatures.

There are other positives for the land, too. Woodland planted in the right way can reduce flooding, provide shelter for livestock and act as a barrier to protect other land from harsh weather.

The Woodland Trust has decades of experience helping people to plant trees and hedgerows, and now has two subsidised planting schemes, MOREwoods and MOREhedges, funded by Lloyds Bank, offering both finance and expertise. One man who took advantage of the MOREwoods scheme is George Atkin, a farmer whose family have been tending their 283 hectares of land in Norfolk for six generations. 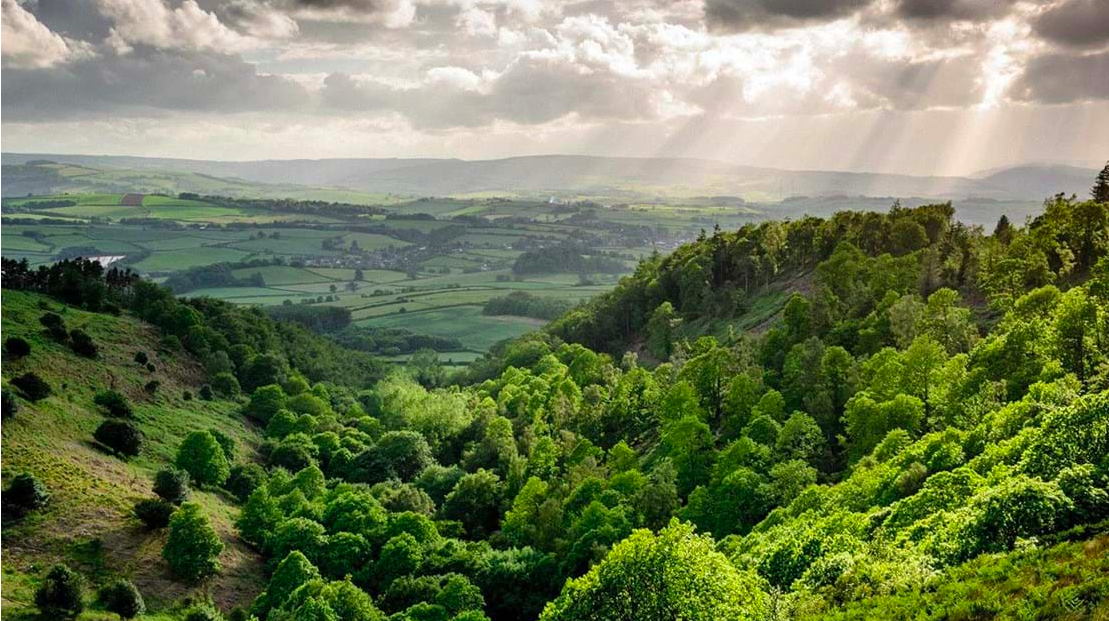 Keen to protect the land for future generations, George wanted to plant native UKISG (UK and Ireland sourced and grown) trees. Through the MOREwoods scheme, he turned half a hectare of his land into woodland, some of it as a block close to the farmhouse, and some as additional planting in an existing small wood. At the top of George’s list of motivations were carbon-capture and creating wildlife habitats —  but he found there were other benefits, too.

The trees act as windbreaks, offering the sheep protection, and have greatly enhanced the landscape. “These woods mark the start of an environmental journey for me,” he says, “the foundation of ensuring the farm is passed on in a better condition for the next generation.”

In the winter of 2016, George roped in some friends to help him get the trees into the ground. Over two days of hard work, the saplings were dug in, then woodchip was placed on top of the disturbed soil to keep in moisture. One more job followed: the planting of 400 metres of hedging between the two areas of woodland. The hedge acts as a ‘wildlife corridor’ – a highway providing local wildlife with safe passage from one wood to the next. 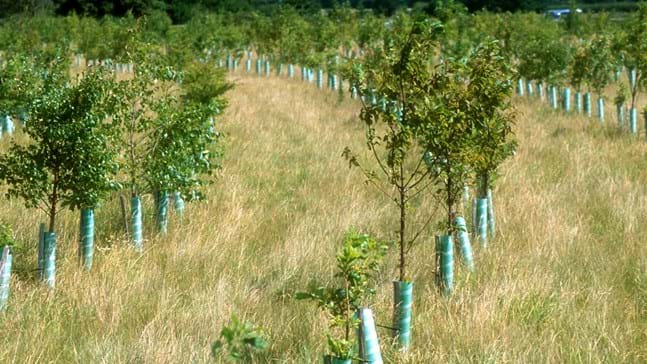 The Woodland Trust’s sister scheme, MOREhedges, is designed for anyone with space for hedging of 100 metres or longer. As well as a mix of suitable hedgerow species, the Trust can provide full-height trees to be staggered every six metres along the row, together with funding and plant protection.

Of course, the work involved with a woodland doesn’t stop at the planting; the Woodland Trust’s experts also advise on management of the woods. George’s woodland will be coppiced, providing fuel for the farmhouse. Every hectare of mixed, broadleaf coppice provides about three tonnes of air-dried wood fuel a year.

As for the future? George has since planted an orchard and is considering integrating trees among his arable crops to create an agroforestry system. He also plans to collect seeds from some of his farm’s oldest trees to do his own propagation, and to plant black poplars — a rare native tree that can be coppiced or pollarded. 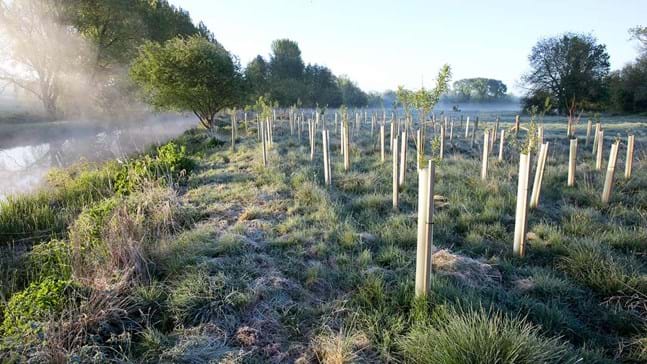 “I am very thankful to the Woodland Trust, not only for trees but, more importantly, UK-sourced woodland regeneration and new plantings,” adds George. “I hope [the Trust] will continue to help communities, schools, farmers, landowners and individuals do their bit for improving and increasing our country’s native woodland.”

To find out more about planting your own woodland or hedgerow with the MOREwoods and MOREhedges schemes, funded by Lloyds Bank, visit www.woodlandtrust.org.uk/plant.