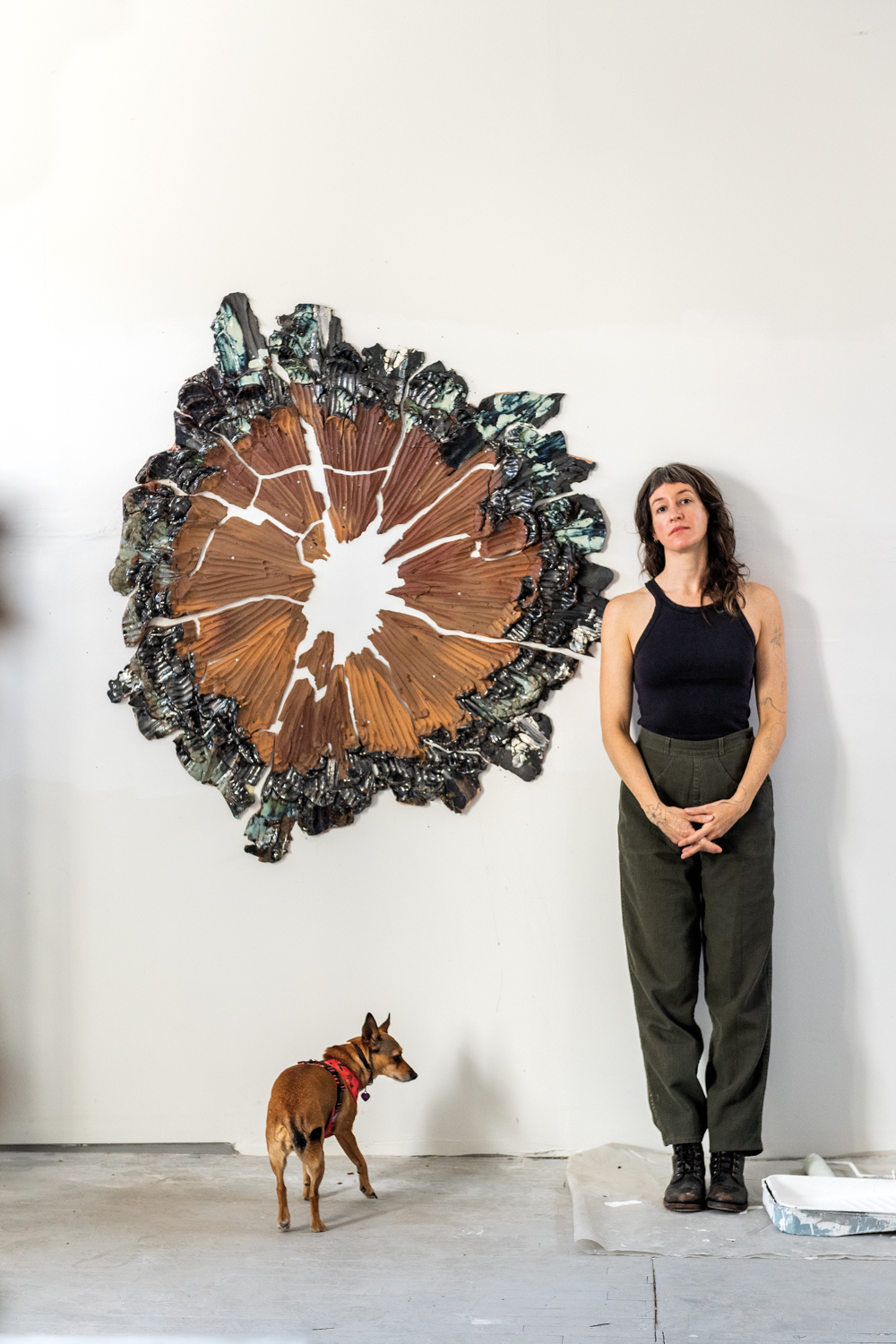 To the casual observer, sculptor Brie Ruais might seem to work alone—whether on her isolated property in Nevada, where she builds ephemeral works atop the raw landscape, or in her Brooklyn, New York, studio, where those desert visions inspire permanent sculptures that seem to emanate from the walls. But the artist considers her approach to be a collaborative one—between her body and equally sized masses of clay. “I’ve always had this relationship to what a material could impart, what its way is,” the artist says. “That receptivity has allowed me to develop a practice that’s very open to clay—its capacities and personality.”

It’s also what has led Ruais to work not just with her fingers, whose dexterity often exerts too much control over her material, but with her entire body. The artist uses it to push, scrape and kick softened clay in a series of choreographed motions she refers to as scores. “The hands are such an extension of the mind; they’re making what the mind wants to see,” she explains. “But when it’s my whole body expressing something, it opens up a subconscious level of knowing. It holds memories in ways the mind isn’t aware of.”

Ruais’ works, in turn, record their experience of being made. Footprints show where the artist crouched as she pushed channels of clay away with her palms and knuckles, while expressionistic swaths of color—often inspired by sky- and landscapes—reveal her gestural glazing techniques and ragged voids show where she has torn open or scraped out the centers of her compositions. “Because I’m working on the ground,” Ruais says, “the pieces become topographical maps of movement and gesture; they’re evidence of events in the same way that, after a rodeo, you have these traces on the ground of what has taken place.”

When these maps are fractured, fired and mounted on a wall—shifting suddenly “from this raw, base place of the ground we tread upon to this privileged space where we put things that have value,” Ruais says—they undergo a transformation that surprises even their creator. “They turn into something else once they’re on the wall,” she says. “They kind of leave my body and become these independent forms.”

With no frame to contain it, the clay radiates an energy that fills the room, challenging the static nature of sculpture—and the notion of a moment frozen in time.