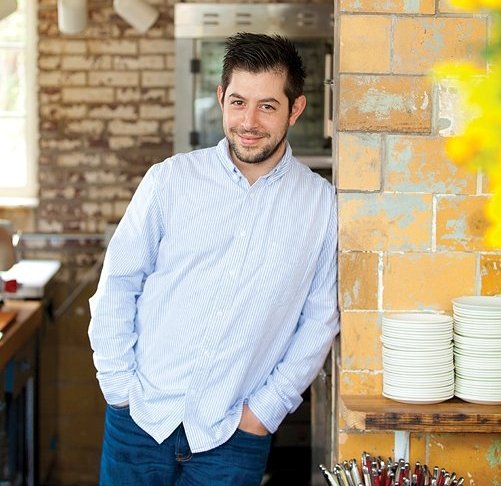 Delmar DivINe, the hub for nonprofits in the former St. Luke’s Hospital on Delmar Boulevard, will be home to a new Jewish deli early next year. Acclaimed restaurateur Ben Poremba plans to open the aptly named Deli Divine there next February. (The news was first reported by STL Jewish Light.)

The deli will combine two schools of thought with its menu. “Traditionally, Jewish delis were divided into two different categories,” says Poremba, owner of Bengelina Hospitality Group, the same group that operates local restaurant treasures Elaia, Olio, Nixta, The Benevolent King, and gourmet market AO&Co. “Because of Jewish kosher laws, you would have what we call the dairy and fish side, which would be, like, the lox, bagels, schmear, and different kinds of smoked fish. And then you have the side of all the smoked meats, like corned beef and pastrami.”

Deli Divine, which will not be kosher-certified, aims to serve healthy variations of those items. Poremba will create the initial menu, and chef duties will be overseen by chef Anne Fosterling, who’s long worked with Poremba, including as chef de cuisine at The Benevolent King.

The deli will also act as a market similar to the setup at AO&CO. There will be a selection of prepared foods, such as salads and cheese, in addition to spirits and wine. “What you would expect in a New York bodega, just a little more relevant and upgraded,” he says.

Poremba had been looking to open a Jewish deli for the past seven years. Part of the decision to finally open up shop was an alignment of multiple factors, including the location. As SLM noted in a previous article, “Near Soldan High School on Union is the building that used to house the Young Men’s Hebrew Association, once the center of the Jewish community in St. Louis.”

“Part of our mission statement is to try to go to neighborhoods that have a community focus,” Poremba says, “and once I learned about the Jewish history of the neighborhood, it just all came together.”