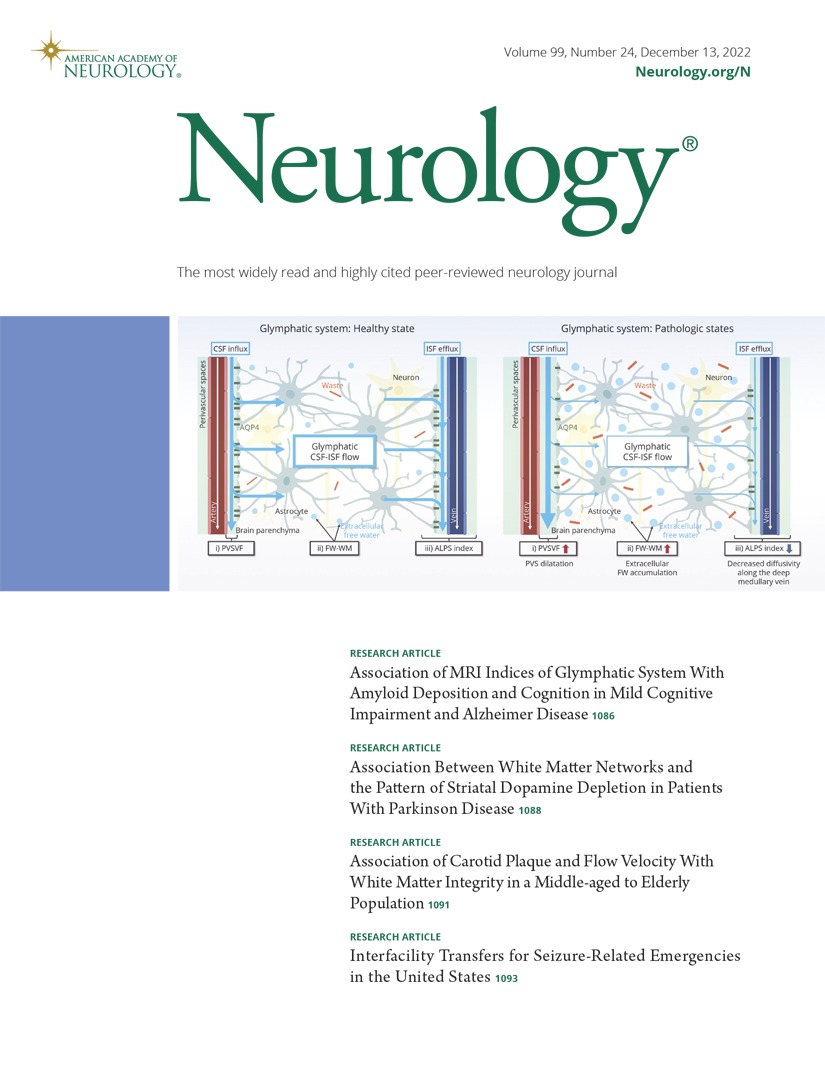 Background and Objectives It is uncertain whether there is an association of carotid plaques (CPs) and flow velocities with peak width mean diffusivity (PSMD) and white matter hyperintensities (WMH) independent of shared risk factors. We aimed to study this association controlling for biomarkers of inflammation and cardiac dysfunction and typical cardiovascular risk factors and spatial distribution.

Methods We included participants from the population-based Hamburg City Health Study, recruiting citizens between 45 and 74 years of age. Medical history was obtained from structured interviews and extended laboratory tests, physical examinations, MRI of the head, echocardiography, and abdominal and carotid ultrasound were performed. We performed multivariable regression analysis with PSMD and periventricular, deep, and total volume of WMH (pWMH, dWMH, tWMH) as dependent variables. PSMD was calculated as the difference between the 95th and 5th percentiles of MD values on the white skeleton in standard space. Volumes of WMH were determined by the application of a manually trained k-nearest neighbor segmentation algorithm. WMH measured within a distance of 1 cm from the surface of the lateral ventricles were defined as pWMH and above 1 cm as dWMH.

Discussion Low PSV and CP are associated with WMH and PSMD independent of cardiovascular risk factors and biomarkers of inflammation and cardiac dysfunction. This points toward pathophysiologic pathways underlying both large and small vessel disease beyond the common cardiovascular risk profile.

Trial Registration Information The trial was submitted at clinicaltrials.gov, under NCT03934957 on January 4, 2019. The first participant was enrolled in February 2016.