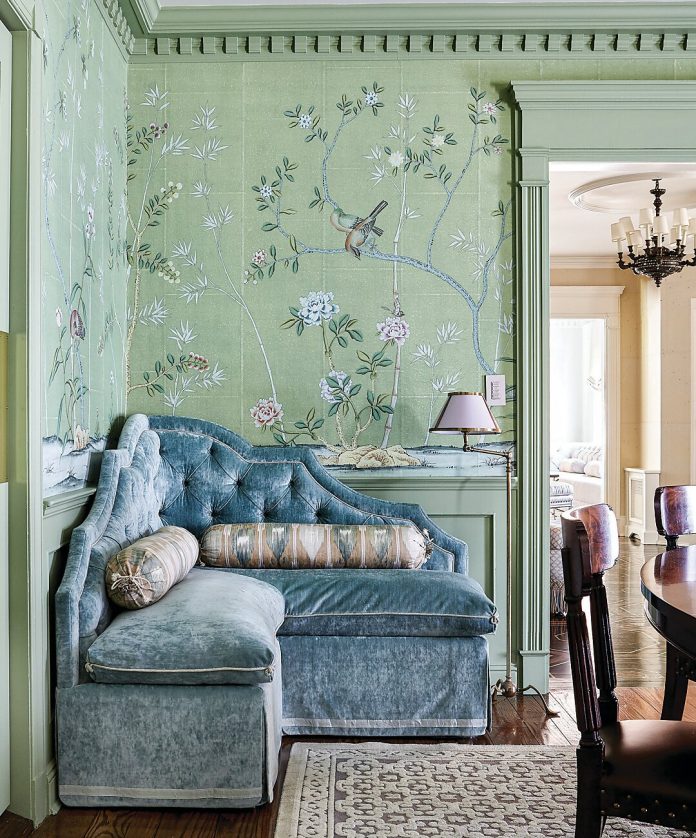 Over the centuries, fine art and design have frequently crossed paths, especially when it comes to decorating walls. Frescoes and tapestries, for example, represent the best of both worlds, as does wallpaper designed to give the impression of a painted mural, an artistic feat which was introduced by Chinese artisans and later transformed by French wallpaper manufacturers.

Having the distinction of being one of the earliest types of wallpaper, hand-painted Chinese wallcoverings were first introduced to Europe in the seventeenth century, when commercial trade between the East and the West was flourishing. Although tea and porcelain may have been the primary drivers behind seventeenth-and eighteenth-century Europe’s mania for all things Chinese, other wares also helped to fuel it, including lacquerware and wallpaper, which was produced predominately for an affluent European clientele eager to furnish its homes in the fashionable chinoiserie style. 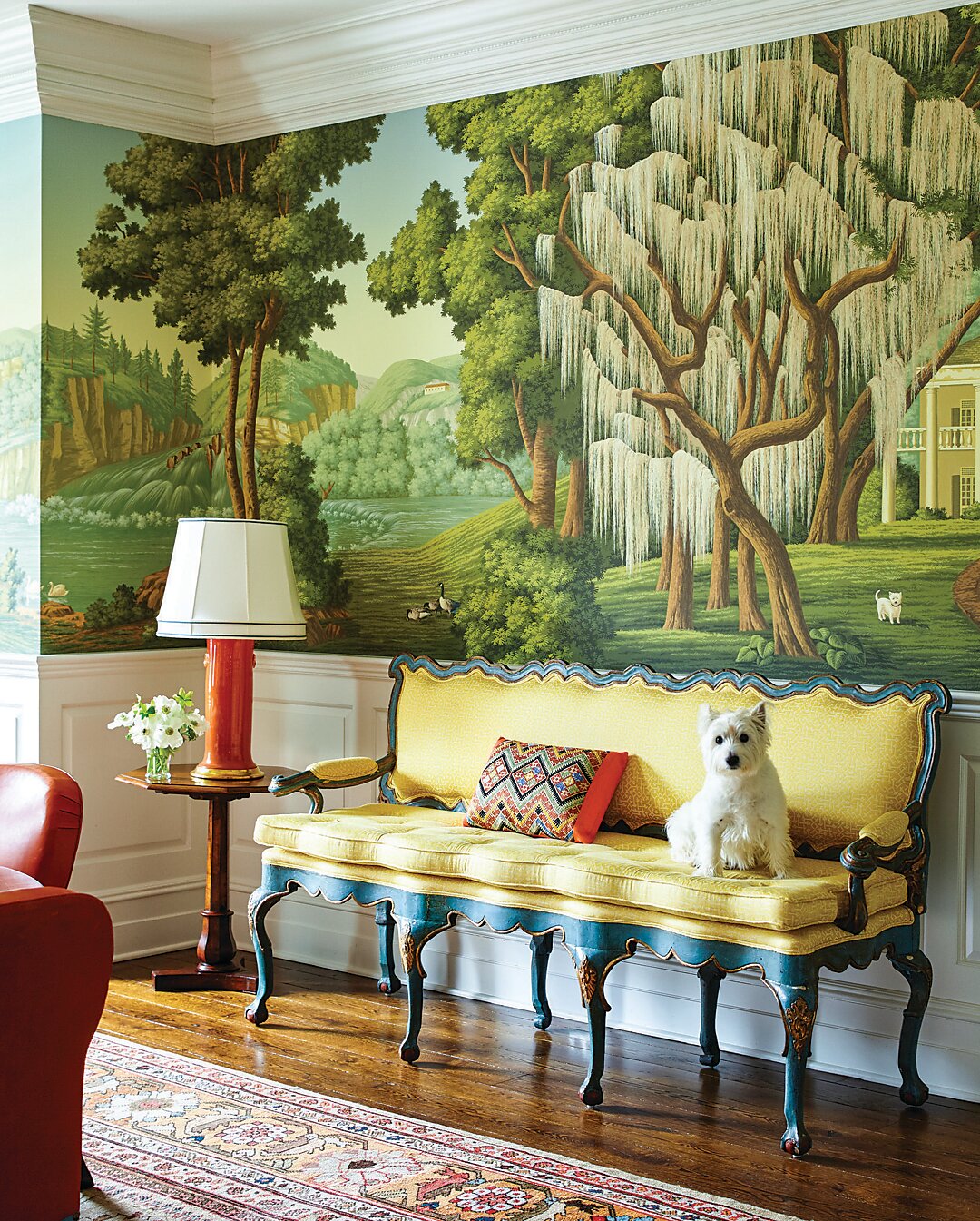 Produced as sets of individually painted panels, Chinese wallpaper was meant to form a cohesive, mural-like panorama around the perimeter of a room, which typically required anywhere from twenty-five to forty panels to complete the decorative landscape. Finely painted by hand in gouache and ink—some experts contend that wood blocks were also employed—Chinese wallpaper dazzled Europeans with its fascinating depictions of Cathay. Scenes of daily life, such as figures engaged in agriculture or tea ceremonies, were a popular decorative theme, as were natural landscapes made up of exotic trees, flowers, and birds. What was also unique, at least to the modern eye, is that spatial realism was not of primary concern among the papers’ artists, which explains why designs sometimes lack depth or feature figures positioned in seemingly incongruous ways. Nevertheless, the wallpapers’ charm more than made up for any shortcomings.

Although Chinese papers reached the height of domestic fashion throughout Europe in the mid-to late-eighteenth century, few countries showed as much enthusiasm for Chinese wallpaper as did England, where it became an almost ubiquitous presence in grand English country houses. Still extant in many country houses today, Chinese wallpaper was used as the primary decoration in Chinese-styled bedrooms, dressing rooms, and drawing rooms, often accompanied by lacquered or japanned furniture. So great was the demand for Chinese wallpaper that European-made imitations were subsequently produced, although they never achieved the refinement of Chinese papers. Still, the desire for Chinese wallpaper remained strong until well into the nineteenth century, when it was knocked from its lofty perch by a new style of wallpaper that even more closely resembled mural art: French-made scenic wallpaper. 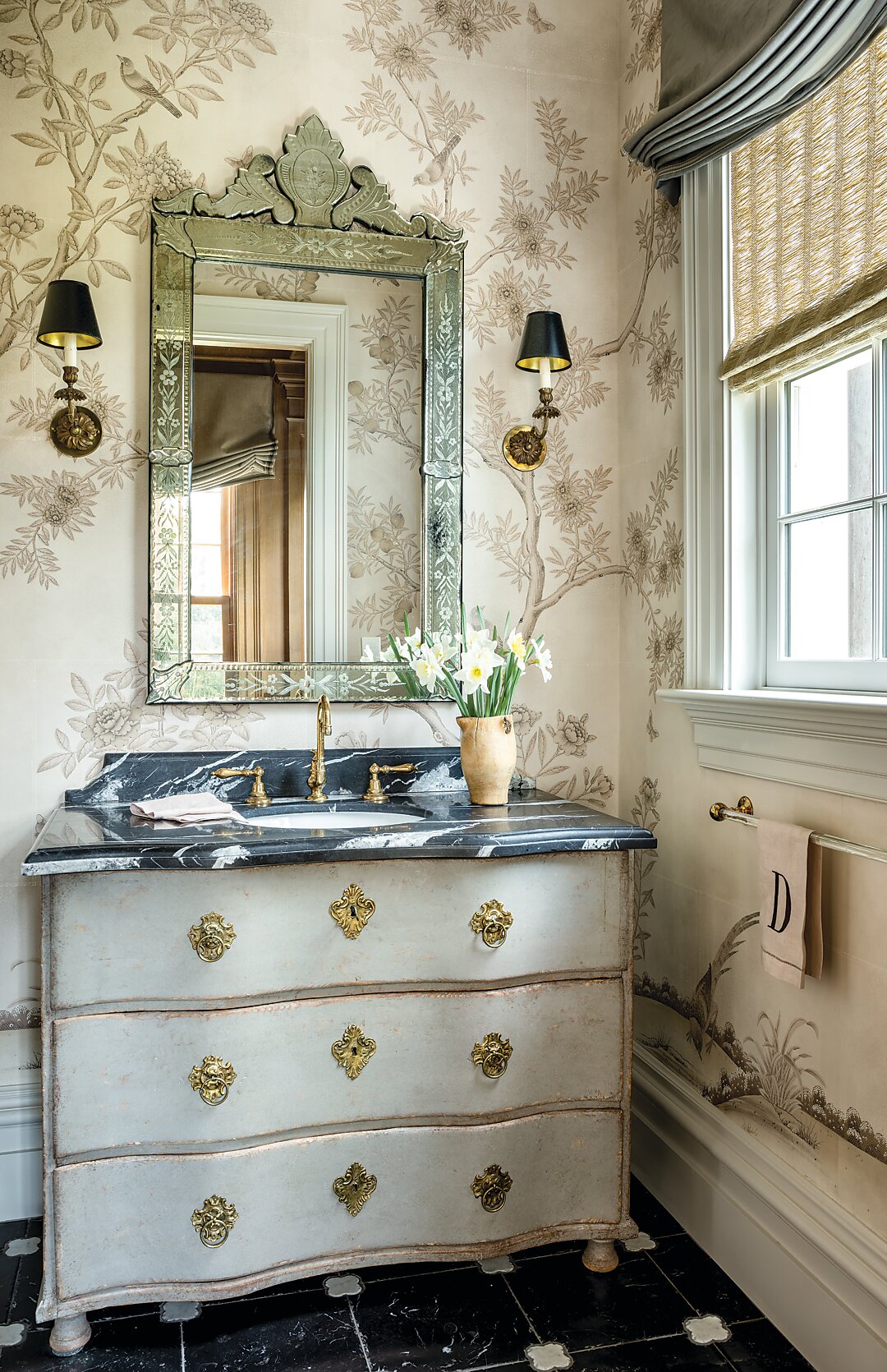 Whereas other nineteenth-century European wallpaper firms concentrated on repeating-patterned designs, French manufacturers sought to elevate wallpaper to works of art, doing so by conceiving a new genre of wallpaper whose elaborate scenic designs and production were unlike anything that came before it. Sometimes referred to as panoramic wallpaper, scenic wallpaper was similar to Chinese wallpaper in that sets of panels were intended to envelop a room in a continuous, non-repetitive decorative panorama. The major difference, however, was that rather than being hand-painted, scenic paper was block-printed, with particularly detailed and colorful designs sometimes requiring the use of thousands of wood blocks. But even with the use of blocks, scenic paper still managed to give the appearance of being hand-painted.

Although there were a number of French firms that produced scenic wallpaper, two manufacturers in particular achieved widespread acclaim thanks to their technical and design expertise: Joseph Dufour et Cie and Zuber & Cie, which is still in business today. Both manufacturers began producing panoramic wallcoverings in the early nineteenth century, when travel, adventure, and history were increasingly on people’s minds. This interest in discovery influenced not only the exquisite designs by Zuber and Dufour, but the entire genre as well, whose panoramic scenes ranged from far-away landscapes and bucolic scenes to historical events and even military battles. There were sets of scenic papers dedicated to views of Switzerland, monuments of Paris, the voyage of Captain Cook, and figures in Greek mythology. It should be noted that while most panoramic papers were rendered in vibrant colors, some were printed in grisaille or sepia, creating more of a tonal effect. 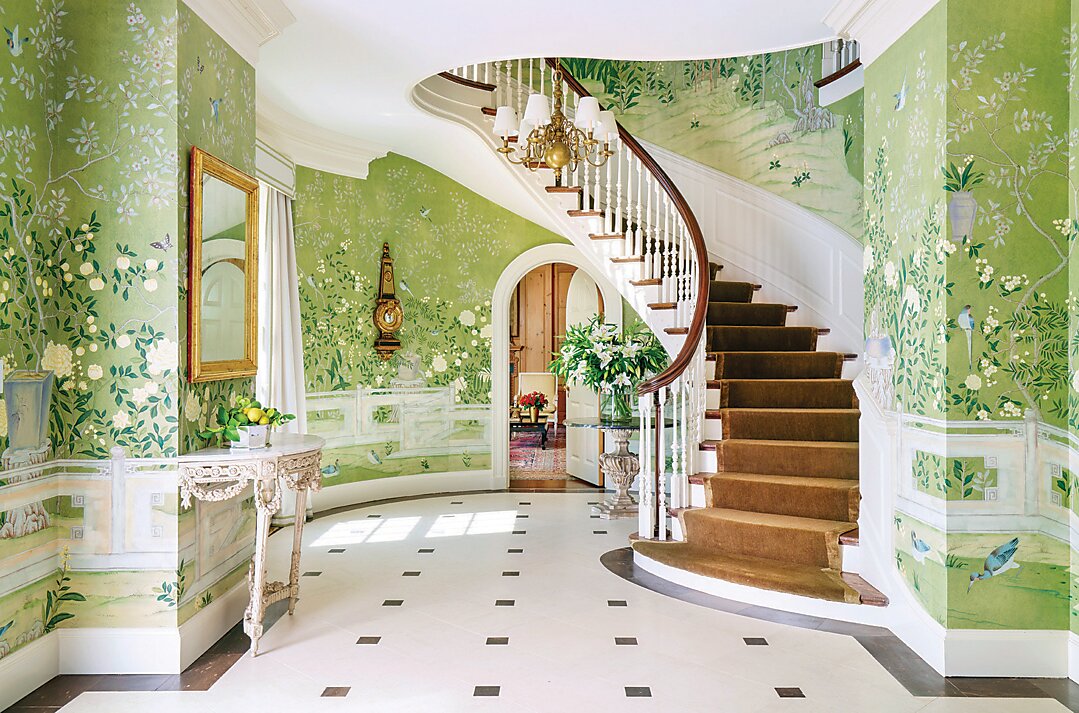 Naturally, scenic wallpaper became highly desirable in its country of origin, at least among those who could afford the paper’s prohibitive cost. Although never used widely in England, French scenic paper became very fashionable in America during the mid-nineteenth century, when wealthy homeowners typically used it in rooms where guests could see it, such as dining rooms and parlors, and again in the 1930s, when the Colonial Revival style introduced a new generation of homeowners to the beauty of mural wallpaper. Even now, in the twenty-first century, hand-painted Chinese and French scenic wallpapers are once again in demand, winning over today’s homeowners and designers with their artistic good looks. 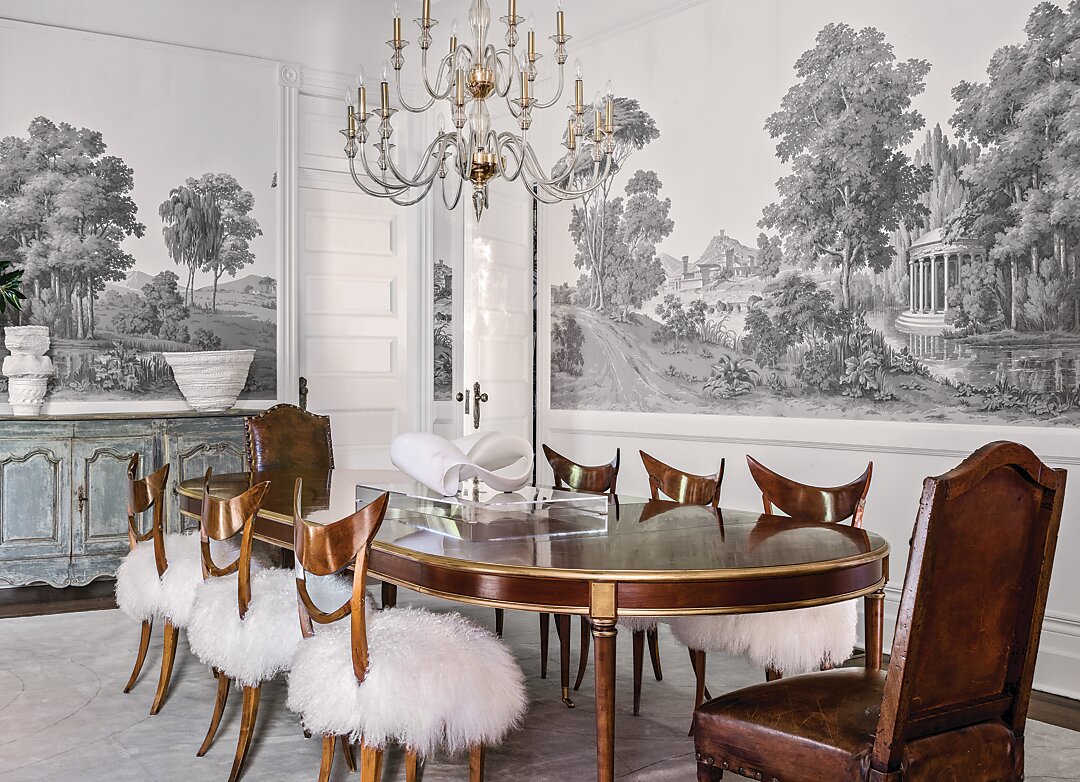