The colourful tale of Sir John de Wingfield kicks off our look at Wingfield Hall in Suffolk.

With a name like ‘Wingfied College’, you’d think that the story of this beautiful home — currently for sale through Savills at £1.75 million — began with an altruistic desire to build a seat of learning. And while that comes into it at one point, the story doesn’t start there: it starts with a noble knight being taken hostage. 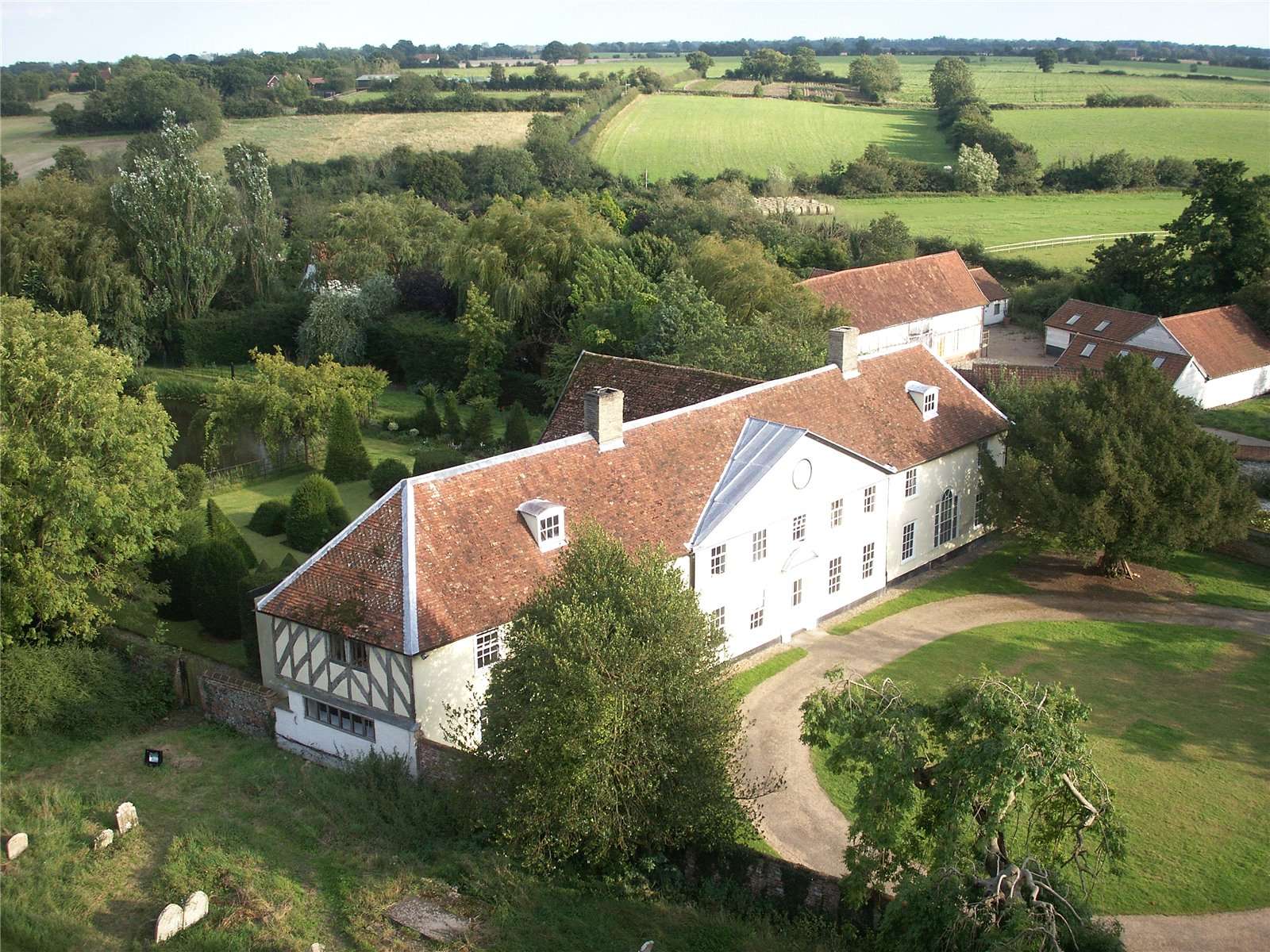 The altruist in question, Sir John de Wingfield, made quite the catch at the Battle of Poitiers. The veteran of Crécy had taken hostage none other than the Sire d’Aubigny, captain of the French king’s bodyguards. As skilled with numbers as he was with the sword — he was the Black Prince’s senior administrator, as well as a soldier — Sir John sold the French aristocrat’s ransom to Edward III for 2,500 marks (about £1,666 at the time and £1.8 million in today’s money). 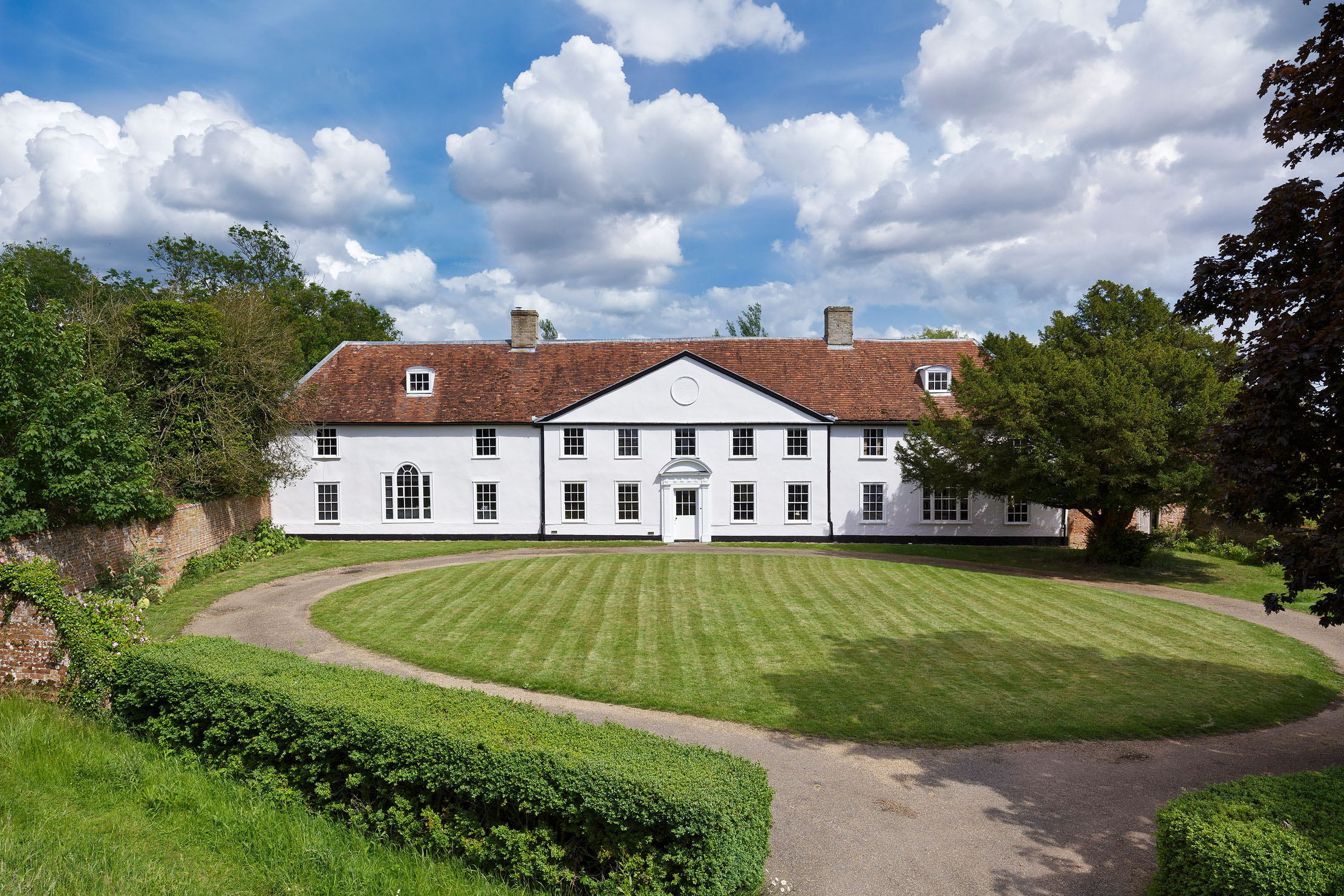 Sadly, he didn’t have much time to enjoy his fortune: the plague took him by November 1361, but not before he had made a provision in his will to found a new chantry college. His wife, Alianore de Glanville, complied and Wingfield College in Wingfield, Suffolk, was built in 1362.

Now listed Grade II*, the college, is one of the most striking examples of the golden era of British timber framing. Not that anyone would notice at first glance — a stuccoed façade from the 1760s conceals the true nature of the building. ‘To the rear, however, its medieval origins are clearly visible,’ says Country Life’s Architectural Editor, John Goodall, who has contributed to a book on the house, Wingfield College and its Patrons: Piety and Prestige in Medieval Suffolk, and calls it ‘a near miraculous survival’.

When it opened, the college was home to a Master and nine chaplains, whose duties included praying for Sir John, the Black Prince and Edward III, as well as running a boarding school. ‘The community,’ explains Dr Goodall, ‘served the fine neighbouring parish church of Saint Andrew, where the tombs of Sir John and the later patrons of the college — the powerful de la Pole family — survive.’ 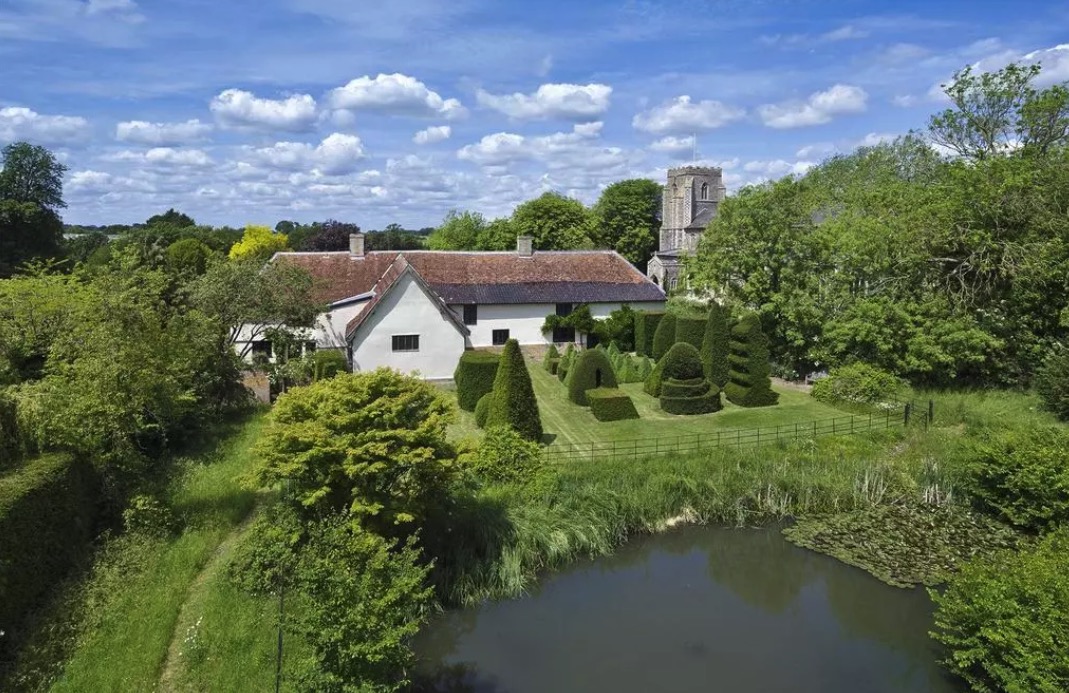 The de la Poles became Wingfield’s patrons after Sir John’s daughter, Katherine, married Michael de la Pole, the scion of a wool merchant family from Kingston upon Hull, who would become Lord Chancellor and 1st Earl of Suffolk during the reign of Richard II, only to lose the title during the Merciless Parliament of 1388. All his properties were ‘confiscated in reciprocation for the extortionate fines he devoured’, according to Thomas Favent’s History or Narration Concerning the Manner and Form of the Miraculous Parliament at Westminster in the year 1386. 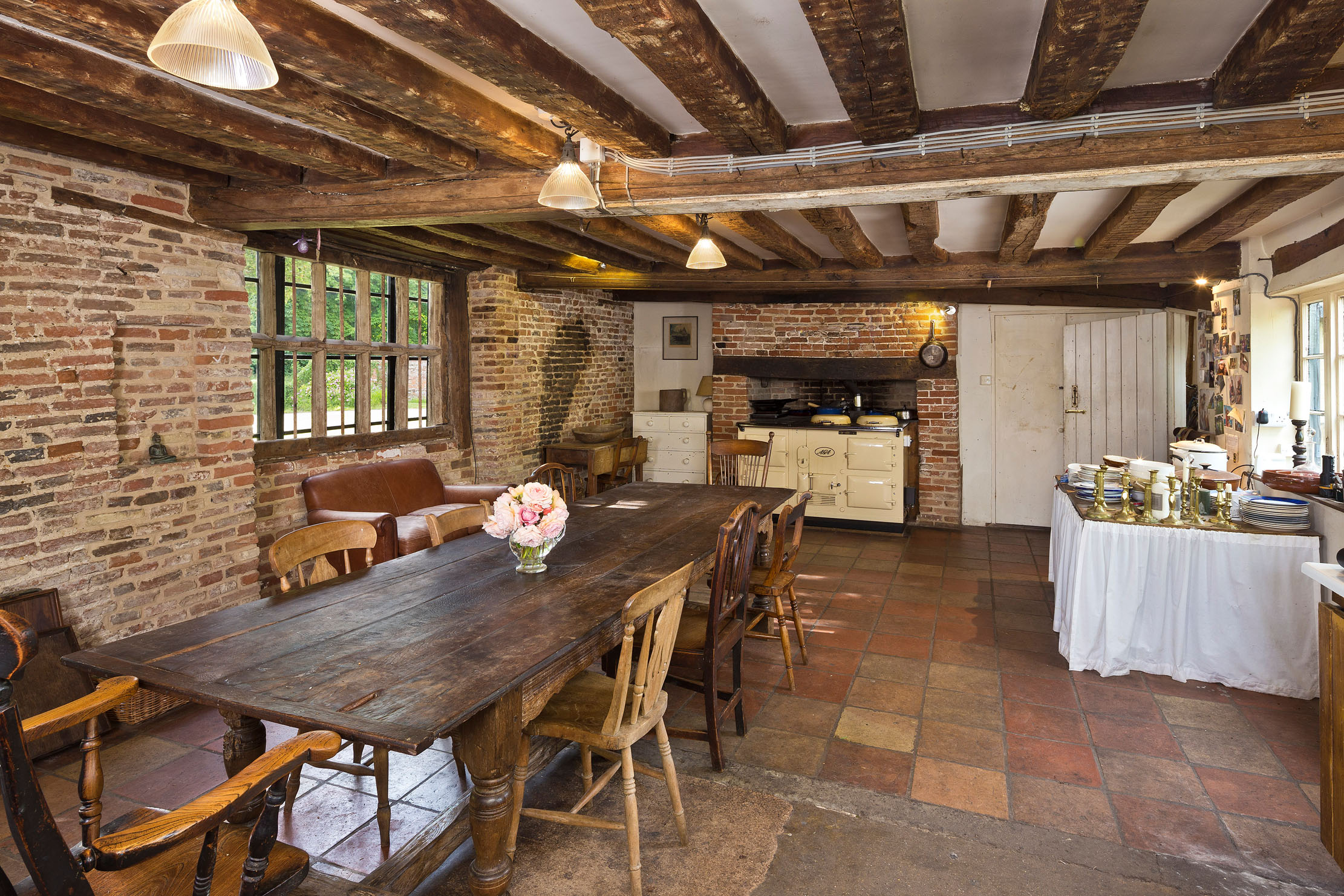 Honours were restored to Sir Michael’s son, also named Michael, in 1398, starting a trend that would see the family lose (or come close to losing) title and land across the centuries, not least when William, 1st Duke of Suffolk, was exiled for corruption — a rather more mundane reason for his downfall than his Shakespearean reputation as a manipulative lover and a murderer. His end, however, was as gruesome as in the second Henry VI play: captured at sea as he was heading to France, he was beheaded; his body was first taken to Wingfield, but later buried in Hull.

Despite these ups and downs, the de la Poles went very close to becoming England’s new monarchs — quite the rise for a family of merchant origins that had initially been teased in Parliament for its modest pedigree. William’s son, John, married Elizabeth, sister of Edward IV and Richard III, and their children became the York dynasty’s heirs. But John, Earl of Lincoln, died after supporting the ill-fated attempt to put Lambert Simnel on the throne, Edmund was beheaded by Henry VIII, and Richard, nicknamed the White Rose, died fighting for his claim in the Battle of Pavia. Henry VII and Henry VIII had clearly had enough of the family because they kept the last born, William, prisoner in the Tower of London until he died — a massive 37 years, the longest time anyone had ever spent at the Thameside fortress. 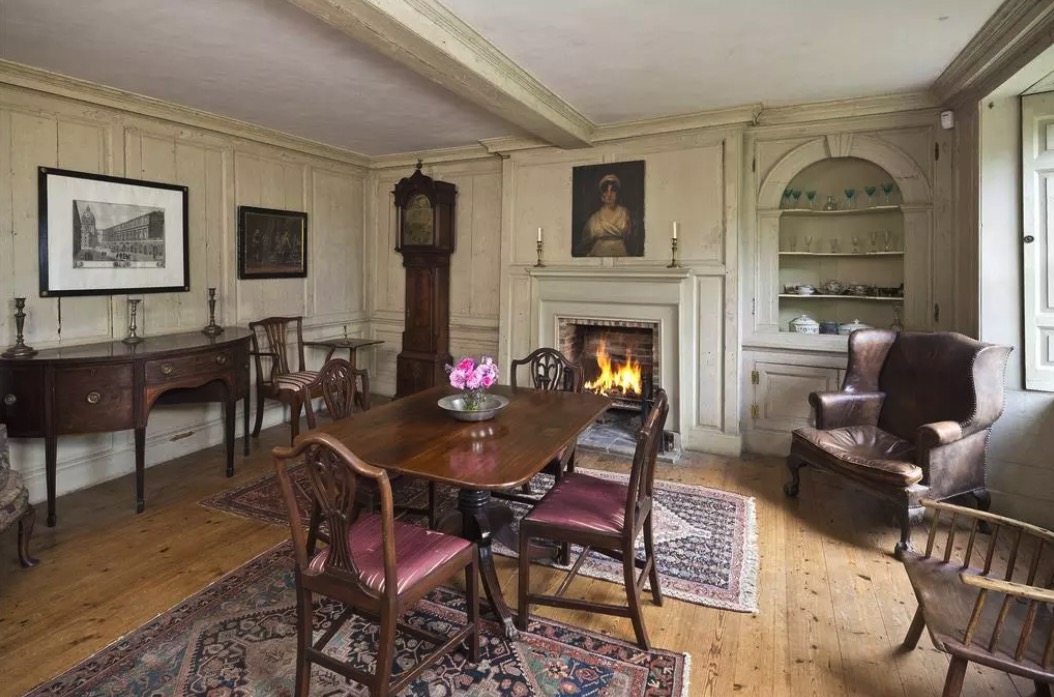 Although the college was initially spared from this turmoil, managing to find a patron in the new Duke of Suffolk, Charles Brandon, and his wife, Mary Tudor, it didn’t survive the Dissolution of Monasteries. Some of the buildings were demolished and the rest adapted as a house, its medieval vestiges progressively buried under layers of plaster. They were only revealed in the 1970s, when the then owner, Ian Chance, carried out a renovation. 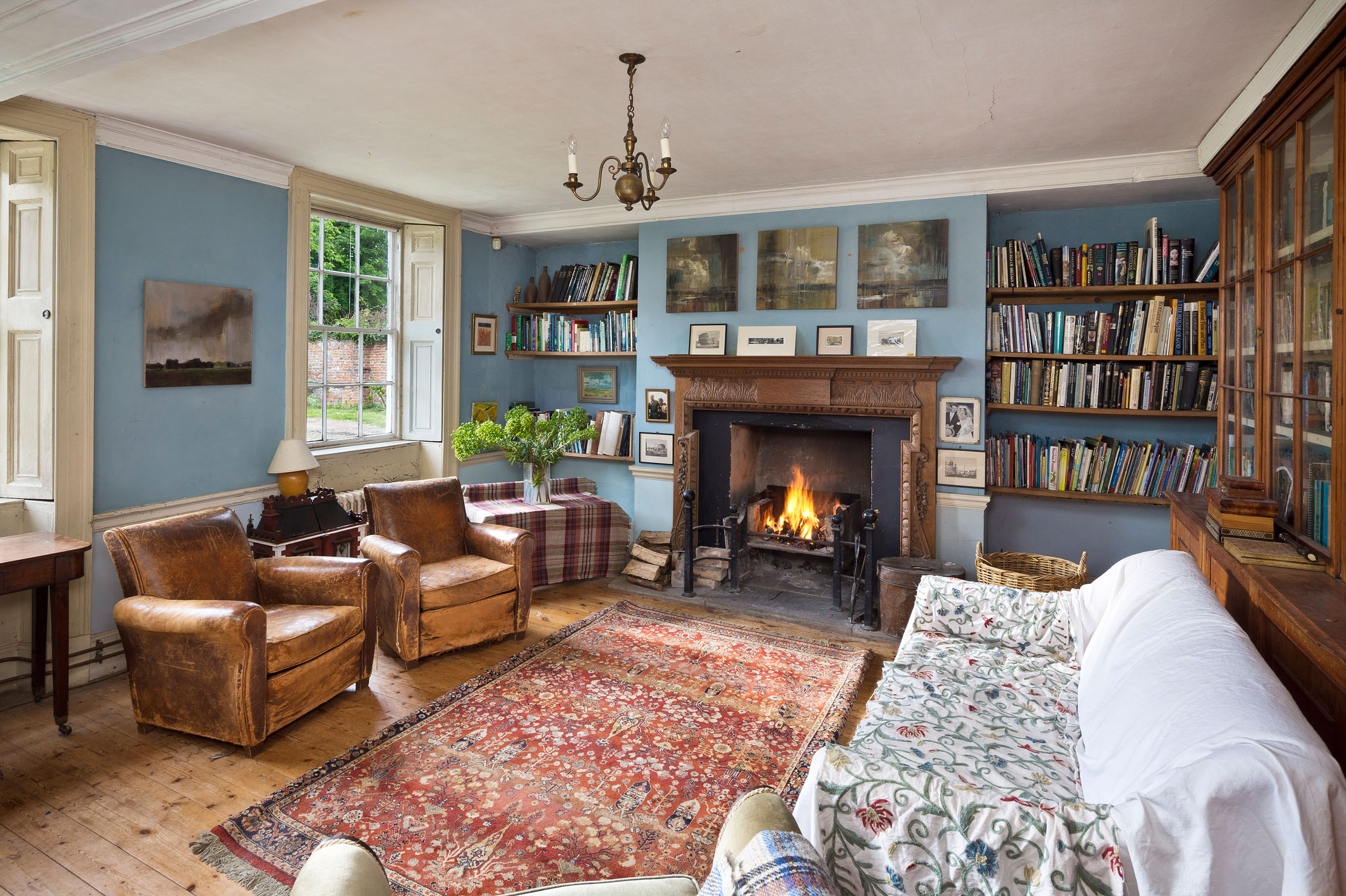 Today, says Dr Goodall, ‘Wingfield combines well-lit, 18th-century panelled rooms with some splendid medieval ones, including the truncated remains of the collegiate Great Hall’, where the supposed portraits of Charles Brandon and Mary Tudor still grace the linenfold panelling. The combination of ‘very classic, very Georgian rooms’ — chief among all, the elegant drawing room, with its fine fireplace and original paintwork — and the medieval timber-frame rooms, which include the kitchen and some of the six bedrooms, as well as the Great Hall, works unusually well, according to selling agent Tom Orford, making Wingfield ‘an amazing house’. 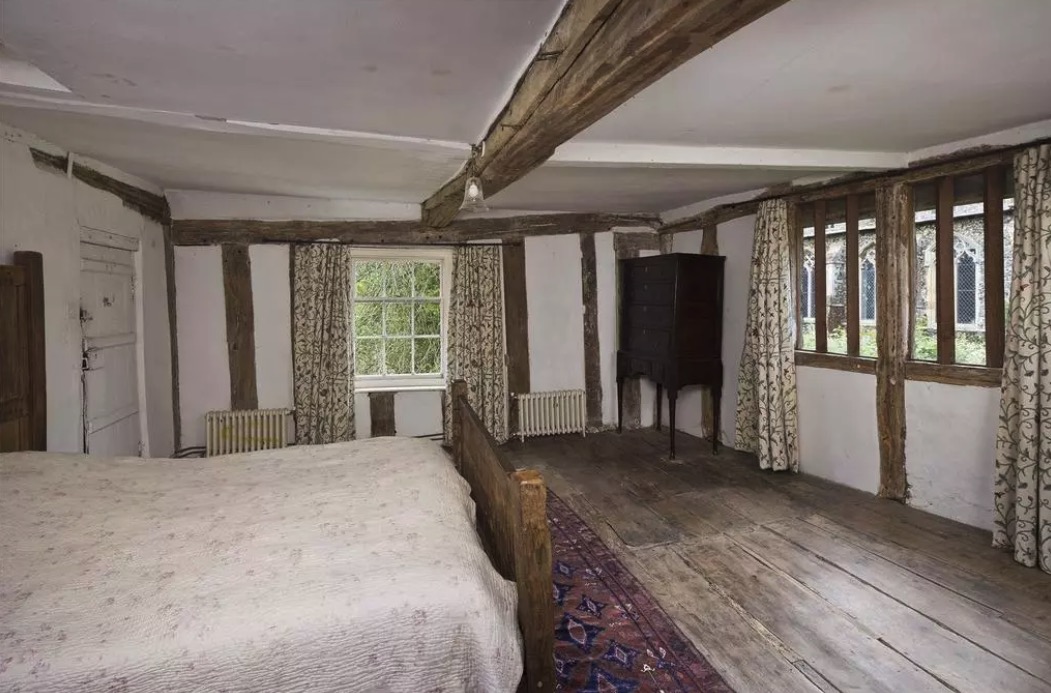 He is as taken by the gardens, ‘spectacular in an understated way’, and the layout, ‘unusually modern for a property of that age’, as by the architecture. ‘When you have been selling [properties] for such a long time, it’s quite rare to get seriously excited by a house, but this one did it for me.’

Wingfield College is currently for sale through Savills at £1.75 million — see more pictures and details. 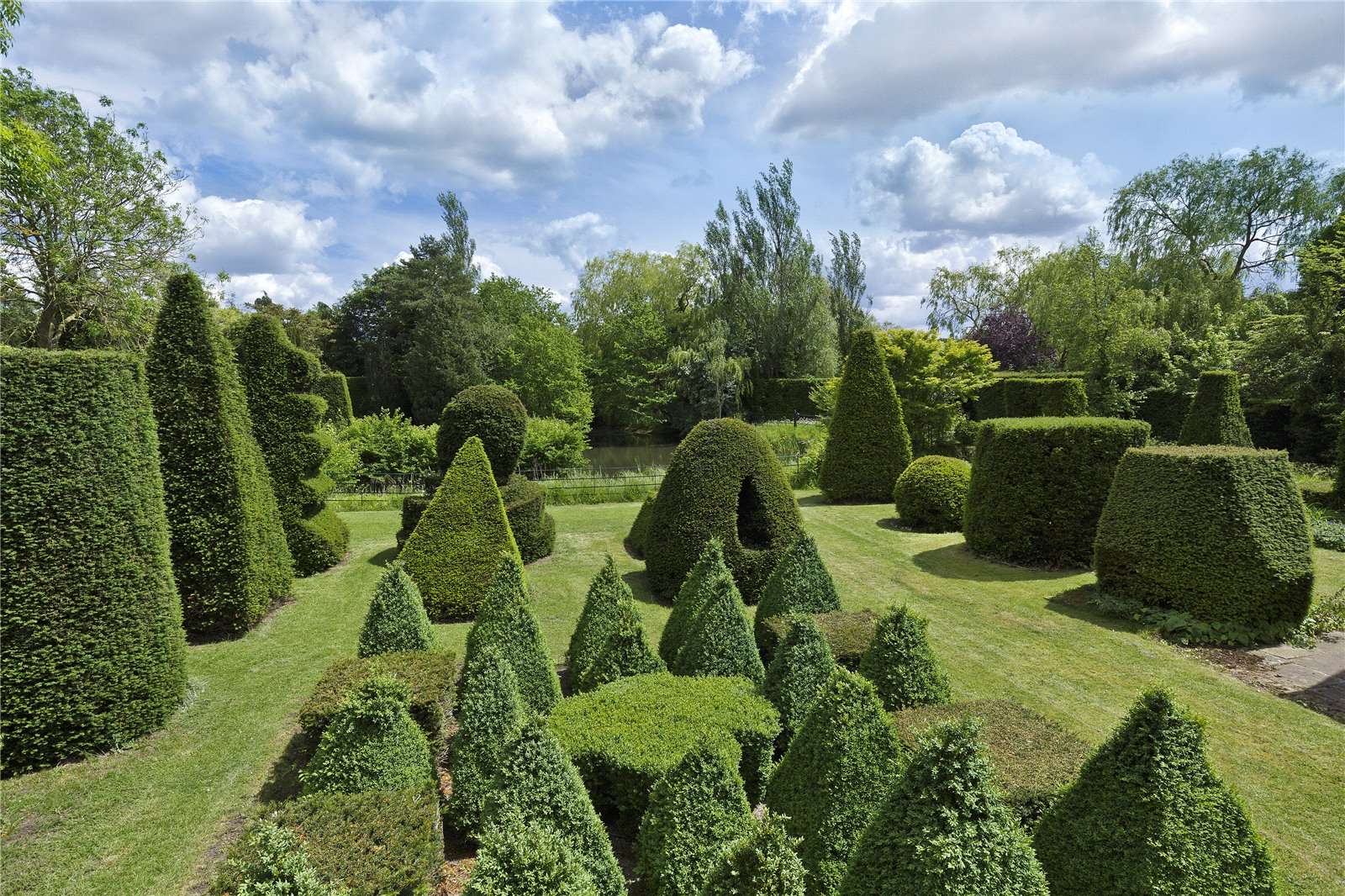 Wingfield, Suffolk: What you need to know

Location:  On the southern side of the Suffolk-Norfolk border, about 7 miles from the villages of Diss and Eye, which sit on the main A140 route through East Anglia. It’s a 45-minute drive south to Ipswich, north to Norwich or east to the coast at Southwold.

Atmosphere: A village that drips history and beauty, with a castle and ancient church among the highlights. Even the local pub is half a millennium old.

Things to do: The huge skies and bucolic splendour are the main attraction — the wetlands around the River Waveney are close by for country walks. There are also a couple of military museums nearby commemorating the 95th and 100th Bomb Group respectively, two of the many bomber units stationed here during the Second World War. There’s also a semi-exotic farm-cum-zoo nearby called Camel Park Oasis, with all sorts of . We did chuckle while doing the research — never in all our days have we seen anyone look so disgusted to be sitting on the back of a camel as the chap in the purple t-shirt in this picture.

Schools: Just a couple of miles away in Stradbroke there are both primary and secondary schools, both rated ‘Good’ by Ofsted. For other secondary schools, Norwich and Ipswich both have plentiful choices — but there’s good news if you don’t want children to have to travel that far. The ‘Outstanding’ rated Hartismere High School is in nearby Eye.

Catch up on the best country houses for sale this week that have come to the market via Country Life.

The indispensable guide for getting into the country without ending up out of touch with the town.