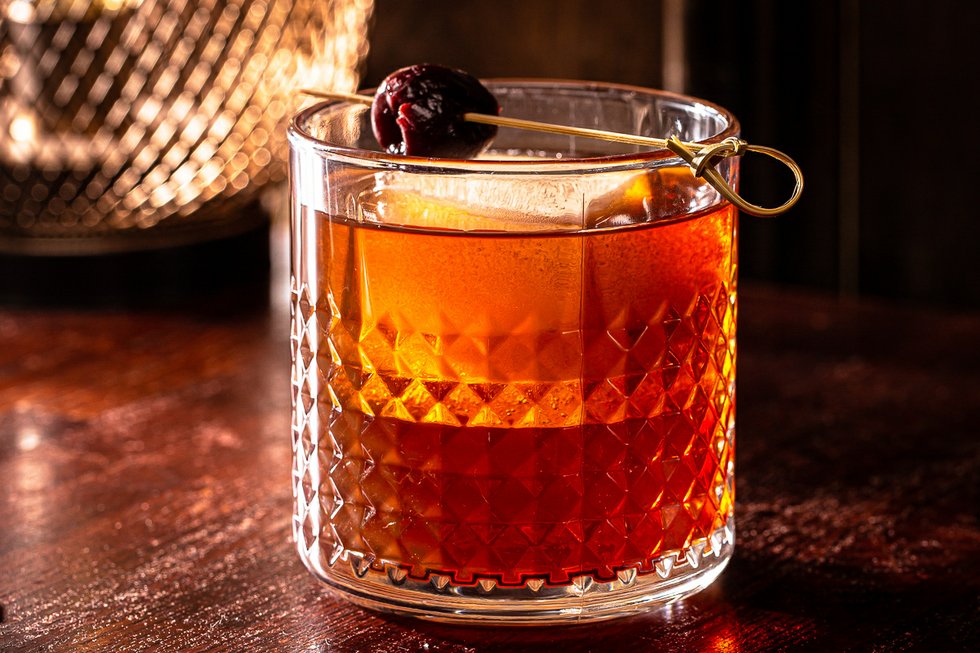 Why does Stone Turtle have so many whiskeys? Perhaps it’s owner and bar manager Nick Funke’s degree in mathematical economics. Quantitatively and qualitatively speaking, the number is impressive, with more than 100 selections. The offerings include bourbon, Scotch, Irish, American, rye, and international (leaning heavily towards Japan ,with a sprinkling of Canadian), as well as limited releases that are available as long as supplies last. The Little Book Ch. 5 “The Invitation” limited release from Clermont, Kentucky, seems a fitting summons to check out this gastropub. Consider visiting on a Monday night, when many other places are closed. 6335 Clayton.

What began as a small wine shop and tasting room with charcuterie boards is now a full-scale restaurant with a large patio and even larger bar program, featuring more than 80 whiskeys. There are so many bottles, there’s a dedicated “whiskey wall” behind the bar. For those who prefer whiskey in a cocktail, try the Bygone Age, a concoction of bourbon, orange, calvados, aquavit, cassis, rosemary, and cardamom. The elegant drink echoes the stylish atmosphere. 5634 Telegraph.

Industry veterans Zach and Mary Rice recently opened Black Sheep just south of Tower Grove Park and adjacent to Mama 2’s Biscuits, a Southern-biscuit brunch spot, in the space formerly occupied by 3 Monkeys. The carefully curated whiskey menu includes more than 50 offerings, with something for everyone. Pours come in three sizes, making it the perfect place to try something new. (Consider Suntory Toki if you’ve never had a Japanese whiskey.) 3153 Morgan Ford.

Of the five Salt + Smoke locations, Ballpark Village has the greatest selection of special-release and harder-to-find whiskeys, thanks to the high volume of businesspeople and tourists around the stadium. When demand is high, so is supply when it comes to alcohol distribution. Beverage manager Jordan Greenwood shared that because of demand, Salt + Smoke is able to procure one-off bottles, such as the New Riff 6 Year Malted Rye and Leopold Brothers Three Chamber Rye. Blanton’s and WhistlePig also remain top sellers. Enjoy a stunning view of Busch Stadium from the restaurant’s deck while sipping one of the menu’s approximate 150 whiskeys. 501 Clark.